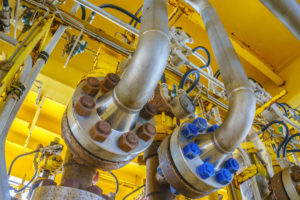 Our professionals have the experience and expertise to provide valuable advice and guidance. We have contacts with institutional, strategic and high net worth investors and buyers and other important resources to assist our clients in reaching their objectives.

Michael Donahue is Founder and President of Columbia Capital Advisors, Inc. and Columbia Capital Securities, Inc. He is a corporate and securities lawyer, corporate advisor and investment banker working with emerging growth and middle market companies focusing on assisting them in raising capital and developing the business’ ability to raise capital. This includes equity and debt financings, private placements, venture capital, private equity, initial and secondary public offerings, PIPEs, alternative going public strategies including reverse mergers and financings coupled with reverse mergers. Mr. Donahue is a frequent speaker at conferences on these strategies.

He is the Founder and President of Columbia Capital Securities, Inc. He manages its investment banking operations and works with clients on raising capital and mergers and acquisitions.  Michael Donahue is Founder and President of Columbia Capital Advisors, Inc. where he provides financial consulting services to companies in developing what they need to enhance value and raise capital or to sell the company. He focuses on innovative and alternative strategies for raising capital.

Mr. Donahue is a corporate and securities lawyer previously with several firms including Holland & Knight LLP and Richardson & Patel LLP where he has guided corporate clients on capital financings and the legal and regulatory requirements for publicly-traded companies. He has represented public and private companies, investment banking and other securities firms, investment advisory firms and investment funds focusing on public and private offerings and SEC and FINRA regulatory matters.

Mr. Donahue started his career as an attorney with the United States Securities and Exchange Commission (“SEC”) in its Division of Enforcement and Division of Corporation Finance in Washington, D.C. and was a Branch Chief, Enforcement in the SEC Los Angeles Regional Office.

Roger Zickfeld is a Managing Director of Columbia Capital Advisors, Inc. and Columbia Capital Securities, Inc. He has extensive experience as a senior corporate executive, investment banker and consulting executive with a diverse skill set and domain expertise in the medical device, pharmaceutical and diagnostics industries.

He was previously an investment banker and Managing Director with Salem Partners and B. Riley & Co., Inc., where he was a senior medical device and pharma investment banker providing strategic advisory services, private placements, PIPEs and M&A services. He was a Managing Director with Coldwater Associates, LLC, a boutique corporate strategy and capital advisory firm focused on emerging technology and life sciences companies.

He also had executive experience in emerging companies as CEO of Gene Connections, a gene discovery technology venture spin-off from UCLA, Executive-in-Residence with Slo Media Incubator and COO of StreamExchange.com. Mr. Zickfeld was Manager, General Management Consulting Group of KPMG. Prior to this he was a Supervising Senior with Ernst & Young.

Learn More About Our Healthcare Practice

20+ YEARS OPERATING EXPERIENCE IN THE TELEVISION, FILM AND DIGITAL MEDIA INDUSTRIES. HAS RUN MAJOR TV STUDIOS FOR CBS AND FOX, AND HAD SENIOR LEVEL PROGRAMMING POSITIONS AT MTV AND OXYGEN.

Rob has more than 20 years of experience in the media and entertainment industry in Los Angeles. Over the last several years, Rob was a Senior Investment Banking Advisor on several noteworthy sell-side M&A engagements for MediaBridge Capital including the sale of Final Draft to Cast and Crew, the sale of Ultimatte to BlackMagic Design, and the sale of Filmtrack to City National Bank.

Prior to MediaBridge, Rob served in various operational roles at several high-profile entertainment companies including Artist Management Group, Warner Brothers, and Untitled Entertainment. Rob was President of InterMedia Entertainment, which published the IME Star Index, a research tool designed to assist advertisers in selecting and optimizing celebrity-driven advertising campaigns. He launched the branded entertainment division of Untitled Entertainment in 2007 and ran the division successfully through 2012. Rob began his business career at the investment banking firm of Houlihan, Lokey, Howard & Zukin.

Rob attended the Elliott School of International Affairs at the George Washington University with a B.A. in International Relations and International Economics. Rob holds FINRA Series 79 and Series 63 licenses.

Mr. Pelletier has over twenty years of experience as an investment banker having arranged over $800 million in debt and equity financings for middle market companies and worked on mergers and acquisitions with total values over $10B. He works with institutional and corporate  investors and buyers including private equity funds, family offices and institutional lenders. Previously, Mr. Pelletier held senior management positions with divisions of global consumer goods conglomerates including Unilever Plc, Diageo Plc, Reyes Holdings LLC and InBev. Mr. Pelletier possesses FINRA Series 7, 63, 24 and 79 securities licenses and has a Bachelor of Science degree in Business Administration/Marketing from Husson University in Maine. He is an inductee of the Husson University Alumni Hall of Fame.

Mr. Pelletier is past Chairman of the Board of Weingart Center for the Homeless. Located on skid row in downtown Los Angeles, the Weingart Center is one of the largest homeless rehabilitation facilities in the United States.