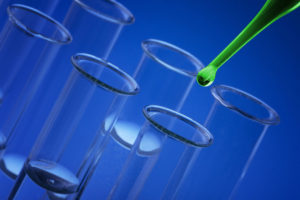 We specialize in capital raising and M&A for emerging and middle market public and private companies in the following sectors:

Roger Zickfeld is a Managing Director of Columbia Capital Advisors, Inc. and Columbia Capital Securities, Inc. He has extensive experience as a senior corporate executive, investment banker and consulting executive with a diverse skill set and domain expertise in the medical device, pharmaceutical and diagnostics industries.

He was previously an investment banker and Managing Director with Salem Partners and B. Riley & Co., Inc., where he was a senior medical device and pharma investment banker providing strategic advisory services, private placements, PIPEs and M&A services. He was a Managing Director with Coldwater Associates, LLC, a boutique corporate strategy and capital advisory firm focused on emerging technology and life sciences companies.

He also had executive experience in emerging companies as CEO of Gene Connections, a gene discovery technology venture spin-off from UCLA, Executive-in-Residence with Slo Media Incubator and COO of StreamExchange.com. Mr. Zickfeld was Manager, General Management Consulting Group of KPMG. Prior to this he was a Supervising Senior with Ernst & Young.

Learn More About Our Healthcare Practice

He has extensive experience as a senior corporate executive and consulting executive with a diverse skill set and domain expertise in the pharmaceutical, medical devices and diagnostics industries.

In life sciences, he has led regional businesses in the Americas, Europe and Asia as well as global divisions, with sales from startup stage and up to $1.5 billion, mainly for Novartis, Bayer, Bristol-Myers Squibb. Therapeutic areas covered included diabetes and metabolism, oncology, immunotherapies, vaccines, virology and infectious diseases, mother and child health.

He has also managed and completed several dozen acquisitions and divestitures totaling $2 billion in value and negotiated alliances generating revenues of several hundred million dollars annually.  These alliances have included companies such as Danone, Mitsubishi, Pfizer, Panasonic Healthcare, and Daiichi-Sankyo.

Mr. Jarry is on the Board of several companies such as LIFNano, a biotech in neuroscience, Fit4D in diabetes coaching, Rimidi, in population management, Dario Health, in diabetes monitoring, Skipta Inc., a platform for physicians collaboration.

He was an Associate Partner for Accenture in Europe, and started their post-merger integration practice.

Mr. Jarry is based in New York and has clients in North America, Europe, Asia, and South America.

He received a TRIUM executive MBA jointly from NYU Stern, London School of Economics and HEC Paris. He also has a M.Sc. from Ecole Centrale de Paris and a M.Eng. from the French Defense Ministry.